COVID-19 Information about Council events, services and other helpful links. 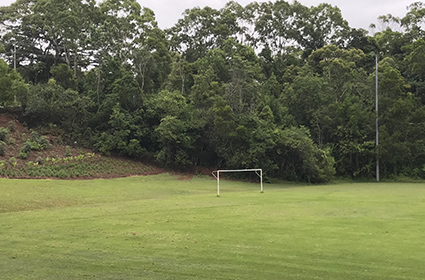 26 May: A pioneering Tamborine Mountain family will be honoured by Scenic Rim Regional Council with the official renaming of a local landmark.

A pioneering Tamborine Mountain family will be honoured by Scenic Rim Regional Council with the official renaming of a local landmark.

In late January 2020, Council sought community input on the potential renaming of North Tamborine Park and in February extended the closing date for submissions to 6 March to ensure everyone had an opportunity to have their say.

Scenic Rim Mayor Greg Christensen said that community sentiment was overwhelmingly in favour of the name change, with only one objection among the 65 submissions received. This objection observed that two roads on Tamborine Mountain already had the Geissmann name.

“While it has been identified for many years as North Tamborine Park, Council has supported the name change to recognise not only the Geissmann family and their contribution to Tamborine Mountain but also that the park has become recognised by the presence of Geissmann Oval by the local community over many years,” he said.

“We thank everyone who contributed to the community consultation.

“The formal recognition of one of the Mountain’s pioneering families through the official renaming of the park will enhance the sense of place at this popular recreational area.”