Sixteen nominees in the running for Australia Day Awards 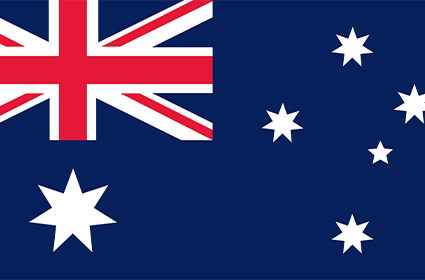 12 January: Sixteen Scenic Rim residents are in the running for Council’s 2021 Australia Day Awards, recognising their outstanding contribution to their communities.

Sixteen Scenic Rim residents are in the running for Council’s 2021 Australia Day Awards, recognising their outstanding contribution to their communities.
Mayor Greg Christensen said the awards, to be announced on Australia Day, provided an opportunity to salute the quiet achievers who are vital threads in the social fabric of the Scenic Rim and contribute to organisations which are at the heart of community life.
"This is one day to say thank you to our community champions whose contribution year-round, and often over many decades, enriches our region as a whole," he said.
“Their participation in community life makes our region a great place to live, work and raise a family.
"My thanks to the individuals and community groups for nominating those they consider well worthy of recognition.”
The 2021 Scenic Rim Australia Day Awards were nominated in three categories for Citizen of the Year.
“This year’s nominees range in age from their teens to 95 years and show that you are never too old or too young to make a difference to the lives of others,” Cr Christensen said.
“After a year in which we were challenged by bushfires and the COVID-19 pandemic, the 2021 Australia Day Awards nominees have shown us the importance of community and caring for others.
“Their stories are truly inspirational, from a teenager whose heroism helped to save a friend’s life, to firefighters who defended their communities against the threat of bushfire and community members who have helped distribute food to the needy during COVID-19.”
The full list of nominees is as follows:
Christian Cullen
Teenager Christian Cullen was nominated for inspiring the local community through his heroic actions on 14 March 2020, saving the life of his friend who had fallen from a cliff at the end of Beacon Road, Tamborine Mountain. With no thought for his own safety, Christian climbed down the cliff to render first aid before climbing back up and running for help.
Sean Kemp
After surviving a major accident, disability pensioner Sean Kemp has worked to help others in the community and was instrumental in establishing a roadside stall to distribute food to residents in the Warrill View area during COVID-19. He has also distributed food parcels to those in need. A poultry breeder and member of two local clubs, Sean has been a keen supporter of local shows.
Trevor Smith
Six Boonah sporting groups have benefited from Trevor’s volunteer efforts with the Boonah Bowls Club and his maintenance of the greens and surrounds. The club’s amalgamation with the Fassifern Cricket Association, Fassifern Ladies’ Vigoro Association, Fassifern Netball Association, Fassifern Junior Rugby League Club and Fassifern Junior Australian Football Club to become Fassifern Sports Club in 2018 has seen more than 600 community members of all ages benefit from Trevor’s tireless work with the bowls club since 1996.
Dick and Cate Buckham
The dynamic duo of Dick and Cate Buckham were nominated for their work protecting lives and property during more than three decades with the Tarome Rural Fire Brigade. Their nomination recognises their contribution to a grateful community for their dangerous and difficult volunteer work.
Andy Fechner
In retirement, Andy has turned his management skills to running and growing Beaudesert’s University of the Third Age (U3A), which has become the largest group for seniors in Beaudesert. Regarded as a visionary leader, he has made his volunteer work almost a full-time job, spending 30 hours a week with Beaudesert U3A, which continued to grow during COVID-19, providing regular newsletters and online courses and supporting members.
John Deeks
Former Scenic Rim Town Crier John Deeks was previously Boonah Shire’s Town Crier and has helped to put the Scenic Rim on the map, bringing dignity to the events at which he has performed his duties. He has also worked for many years with the Salvation Army and was a member and supporter of the Boonah Community Band. In 2019, he was awarded the Keys to the City of London by the Queen.

Judy Day
Judy has served the Beaudesert community for more than 40 years, including as Secretary of the Uniting Church’s council, as a volunteer at the Wongaburra Home for the Aged and a member of Glad’s Girls choir, Probus and the Cancer Council’s Beaudesert branch. Following the passing of her daughter, Tracey, she set up Tracey’s Pantry at the Uniting Church Hall, providing food for needy members of the community.

Julie Ferguson
Since losing her husband to prostate cancer some years ago, Julie has devoted herself to supporting others by joining various community groups, including as President of the Cancer Council in Beaudesert. She has been instrumental in Painting Beaudesert Blue in October each year to raise awareness about prostate cancer and, in the lead-up to Christmas, is also part of the ‘yarnbombing’ group which decorates the township with crocheted articles. Julie is a long-serving driver assisting with patient transport, an essential service provided by the Beaudesert RSL Sub Branch.
Drew Salem
Canungra filmmaker Drew Salem has assisted small businesses and charities affected by bushfires and COVID-19 by making free promotional films, worth thousands of dollars, asking nothing in return except that those who benefit pass on an act of kindness to others. His free promotional films have helped a number of small businesses impacted by a tough year to attract new customers and to recover.
Jodi Gnech
Jodi was nominated for her leadership of Boonah Girl Guides during the past 15 years, which has seen guiding grow in the area due to her commitment and enthusiasm. President of Boonah State High School P and C, Jodi is also Treasurer of All Saints Primary School Parents and Friends Association. She also gives of her time to be involved in local community events such as Eat Local Week and local fetes.
Darren Sander
Tamborine Mountain builder Darren Sander often donates building materials, along with his time, to various organisations and sporting venues to assist in the maintenance or construction of purpose-built equipment. He engages school students interested in the building and construction trades in work experience placements and is keen to support the community by purchasing materials locally and providing work for local tradespeople.
Dr Peter Clark
Beechmont Tennis Club President Dr Peter Clark was nominated for his tireless work to upgrade the much-needed tennis facility at Graceleigh Park. His efforts have seen a 70 per cent increase in the club’s membership and greater involvement in tennis by young people within the community. As Treasurer of the Beechmont Recreation Arts and Sports Association, he has brought people together and helped build a strong sense of community.

Valerie Wiseman
Valerie was seen as a Beacon of hope during COVID-19, with her roadside stall outside her Warrill View home providing food from the Ipswich Foodbank for the needy and those unable to travel to shops for supplies. Despite hungry birds and challenging weather conditions, Valerie faithfully set up her stall each day while COVID-19 remained a threat.
Trevor Turner
A long-serving member of the Rural Fire Service, Trevor was nominated for his tireless work during the 2019-20 bushfires to protect people and property. During the unprecedented fire season, he showed great leadership to local RFS brigades and First Officers and his bravery on the fire lines did not go unnoticed.